James Naismith was born on November 6, 1861 near Almonte, Ontario in Canada.
His father got a deadly disease. For his safty he, his sister and his brother went to their grandma's house. A few days later their father died. Two weeks later his mother died of the same disease as his father. A short time later their grandma died of old age. They had to go live with their uncle.
They made a lot of friends there too. James' favorite game to play was duck on a rock. They put a big rock on a stand. Then on top of that rock, they put a rock about the size of the gaurd's fist. Then people threw rocks at the "duck." If they missed they would run and try to get their rock before the gaurd tagged them.
James never did good in school. Inspite his bad grades he was great at sports.He dropped out of school and became a lumberjack. Five years later,he decited to change his life. He went back and finished high school.
He went to high school next. His sister and uncle didn't want him to go but they let him go if he promised he would become a misister after he graduated. He went to the MiGill University in Montreal, Canada in 1883.
James' brother Robbie suffered a major stomache ache and died a few hours later.
James was studing minutsry for a while, then he quit. He started going to the YMCA in Springfield, Massachusetts in the USA. At the YMCA  he was told to make a new game for men to play in the gym in the winter that is safe, he had 14 days.
Naismith struggled for 12 days. Then he rembered duck on a rock. He used two  peach baskets as goals. A soccer ball was used as the ball. Basket ball was envented on December 21, 1891. 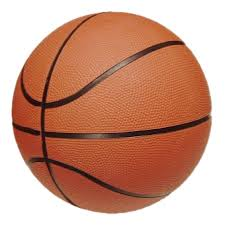